I can’t begin to express how much I don’t want to have to write this post. My little Meglet cat died last Friday, October 30, and I am going to miss her forever. Over the years I’ve had to say a final goodbye to six dogs and seven cats that I thought of as mine to some degree. All of them were special to me, and much loved. But, as anyone can tell you, some beloved pets are extra special. Meglet was one of those for me. We brought her home in April of 2004 after she stole my heart at the Humane Society, and she  spent much of the eleven and a half years since then curled up on my chest or in my lap along with my beloved Isabelle cat, often forming one half of what I refer to as my catvest. I wrote fourteen novels with her on or near me.

She had spent two years at the Humane Society where they had named her Nutmeg. That quickly became Meglet once she got here because, like Winnie the Pooh’s friend Piglet, she was a very small animal—eight pounds at her heaviest, and three and a half when we finally had to let her go. But she was fierce and fearless and incredibly scrappy. She was also incredibly social—always willing to come out when we had guests and to greet everyone and collect pets and skritches. I think her years at the Humane Society were part of why the one thing she loved nearly as much as hanging out on my chest was lying in the sun on our screened in porch where she could smell the wind and feel both free and safe.

Meglet made marvelous little chirping noises that always sounded to me like she was asking: Murder? Murder? in the most cheerful way imaginable. Meg was an inveterate snudger, which is something between a snuggle, and a nudge, and a smear where she would rub her nose and lips across your cheeks and ears. Every night when I came to bed, she would stand on my chest and press her forehead into my chin as hard she could and just purr her heart out. She was utterly devoted to me and I adored her, and now she’s gone forever and I’m heartbroken. That’s all I can bear to say at this time, grief always robs me of words.

Goodbye little Meglet, I love you. 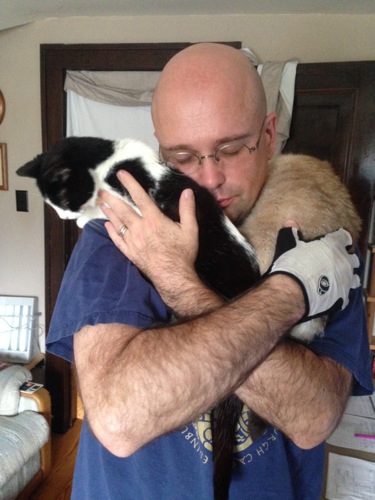 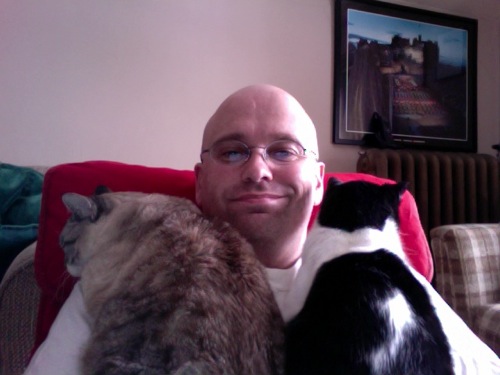 And here’s Laura modeling the catvest. The week we brought her home In my old screen tent office on the custom built cat perch. 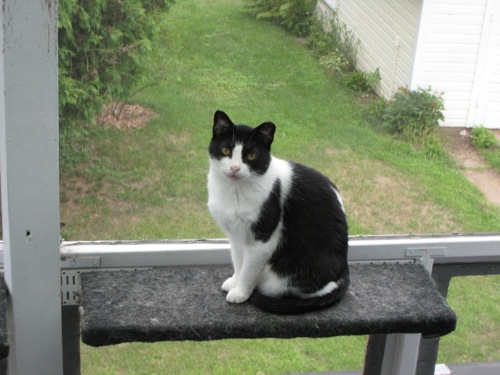 She swore mortal vengeance on her tail. 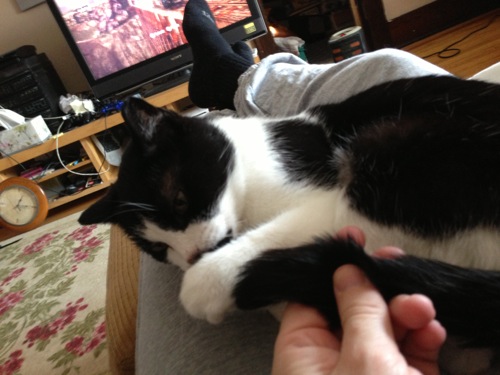 She wasn’t much for dignity. But she loved her monkeys, and wanted to be ON them, dammit! 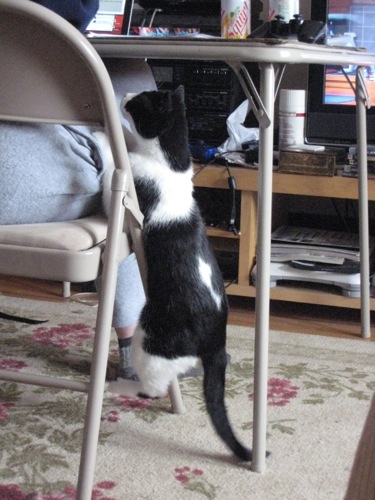 Here she is helping me with one of my books. And sleeping between my knees. Every so often she’d get what we called her “crazy eyes.” 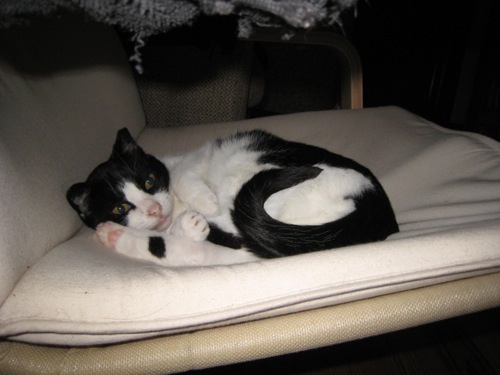 Snuggled up in the down comforter. Love this shot of her. I think our catsitter Paula took it. With Isabelle and our late and much loved Leith cat in my lap. 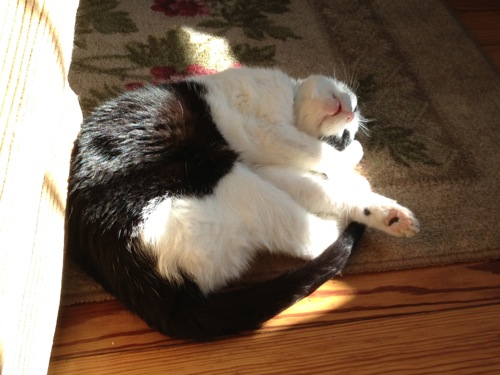 Sprawling in my lap while I played video games was another favorite. Lying in the sun on the screen porch. Meg loved that Laura always let her finish off the milk from her cereal. Two of her favorite things in the whole world, a fire and a sunbeam. Did I mention a lack of dignity? She loved everybody. Here she is with our friend Matt. 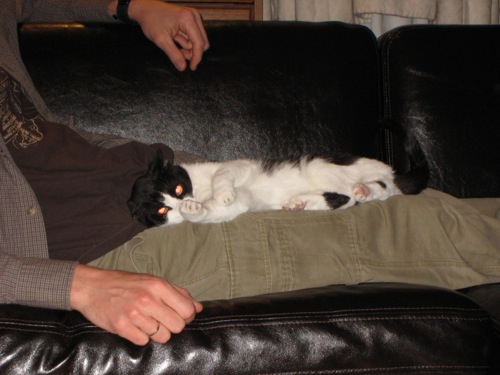 She adored the windows in my studio. 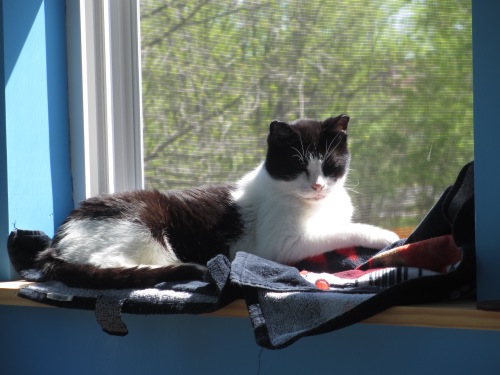 I just love this shot. She was queen of the top of the stairs. I set a couple of logs on the windowsill and she claimed them as hers,

preventing me from putting them away. 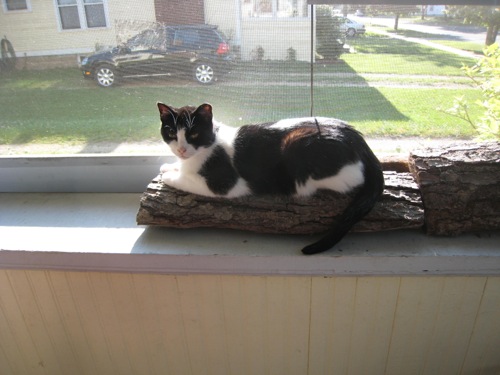 This was what it was like every night when it was time for bed. 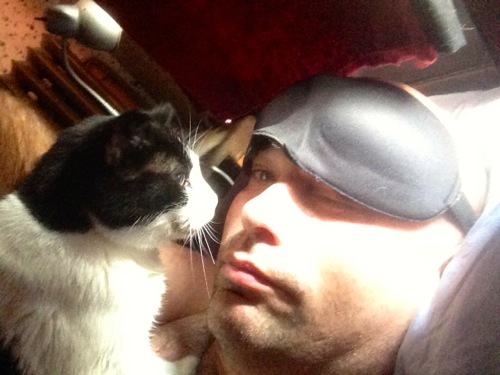 This was her pick me up face, I saw it a lot. I will miss this smile so very much.