Michael Levy, one of best men it has ever been my pleasure to know, has left the world. He was a friend, a mentor, and something halfway between a brother and father to me and to Laura.

I first met Mike in 2000, the year my wife, Laura, took her current position as a professor in the physics department at UW-Stout. The then director of research services heard that Laura’s husband was a science fiction writer and immediately thought of Mike’s work as a reviewer and scholar of science fiction. Introductions were made, and we soon became friends with Mike and his wife, Sandy. Over the following seventeen years that relationship has deepened into a connection that is as much family as it is friendship.

Mike was brilliant, giving, gentle, kind, and possessed of a bottomless and quirky sense of humor that meshed with mine in a delightfully odd sort of way. I think that the laughter we so often shared is what I will miss the most about him. We shared many meals, we played games together, and critiqued each other’s writing. We shared good times and bad and we were always there for each other. But most of all, we laughed together every time we were in the same room, even in darker moments. It hurts my heart so very much to know that we will never share another joke or quip.

Other people will talk about Mike’s many important contributions to the field of speculative fiction and they will do a better a job of it than I could, but I do want to talk a little about how his work affected mine, because my writing is at the center of who I am and Mike deeply affected my writing. One of the first things that Mike did after we met was ask to see my most recent book, though I was at that point still barely published with only a couple of short story sales to my name. It was a contemporary fantasy with the working title Winter of Discontent and I had finished the book within the last few weeks. It was steeped in theater and set in a production of Shakespeare’s Richard III. Of everything I have ever written it was far and away the most literary. Handing it to a man who was not only a speculative fiction reviewer for Publisher’s Weekly, but also an English professor was more than a bit intimidating, especially when we had only just met, but I swallowed hard and handed it over.

When Mike finished the book we got together in his office for a chat about it. Scary stuff for an unpublished novelist. I’m not sure what I expected to hear. I was proud of the book, certainly, but not at all sure I had pulled off even half of what I intended. I cannot begin to express how validating it was to hear him say that not only was it good work, it was important work. He thought it had the potential to be a big book. Not necessarily in terms of sales, but in stature. That conversation is one of the things that kept me writing in the years between 2000 and selling my first novel in 2005. Sadly, Winter of Discontent has never been published, though it has come very close several times. It is out on submission again now, after sitting in a trunk for most of a decade followed by a recent rewrite. When it sells, I will owe a huge debt for any successes it has to Mike.

Though he never got the chance to formally review Winter of Discontent, Mike did review several of my other books and was a champion of my work, taking me more seriously as a writer and an artist than I often do myself. For the last decade when Mike taught his yearly science fiction course, one of the assigned books was always my WebMage. Every time he taught it he would invite me in to speak with his class about the work, which was always a pleasure. Now, I think of myself as a commercial writer first and foremost and that is how I generally talk about my work at places like Mike’s class. But it’s not something he was ever willing to let pass unchallenged. When he spoke about my work he would argue for me having a great passion for politics and ethics in my writing, a tendency to slip deeper topics into light books, and even my literary merit. He always took my work more seriously than I do, and believed in it in ways that I am not generally willing to. My gratitude for that is boundless.

Mike was an academic mentor to Laura as well, helping her negotiate the academic politics specific to Stout, the challenges of being a department chair, the world of academic publishing, and so much more. He made us better, stronger, happier people, and we are not alone in that. Over the last few weeks we have heard similar stories from many of his friends. Wherever he went, he helped people to achieve their dreams and be their best selves. His absence is going to take a bright light out of our world. He was endlessly generous with his time, his insights, and his love. He was a great mentor and a great teacher and he made a huge difference in the lives of his friends, his colleagues, his many proteges, his students and the whole world of speculative fiction. He was taken from us both too soon and too young and Laura and I will miss him as long as we live. 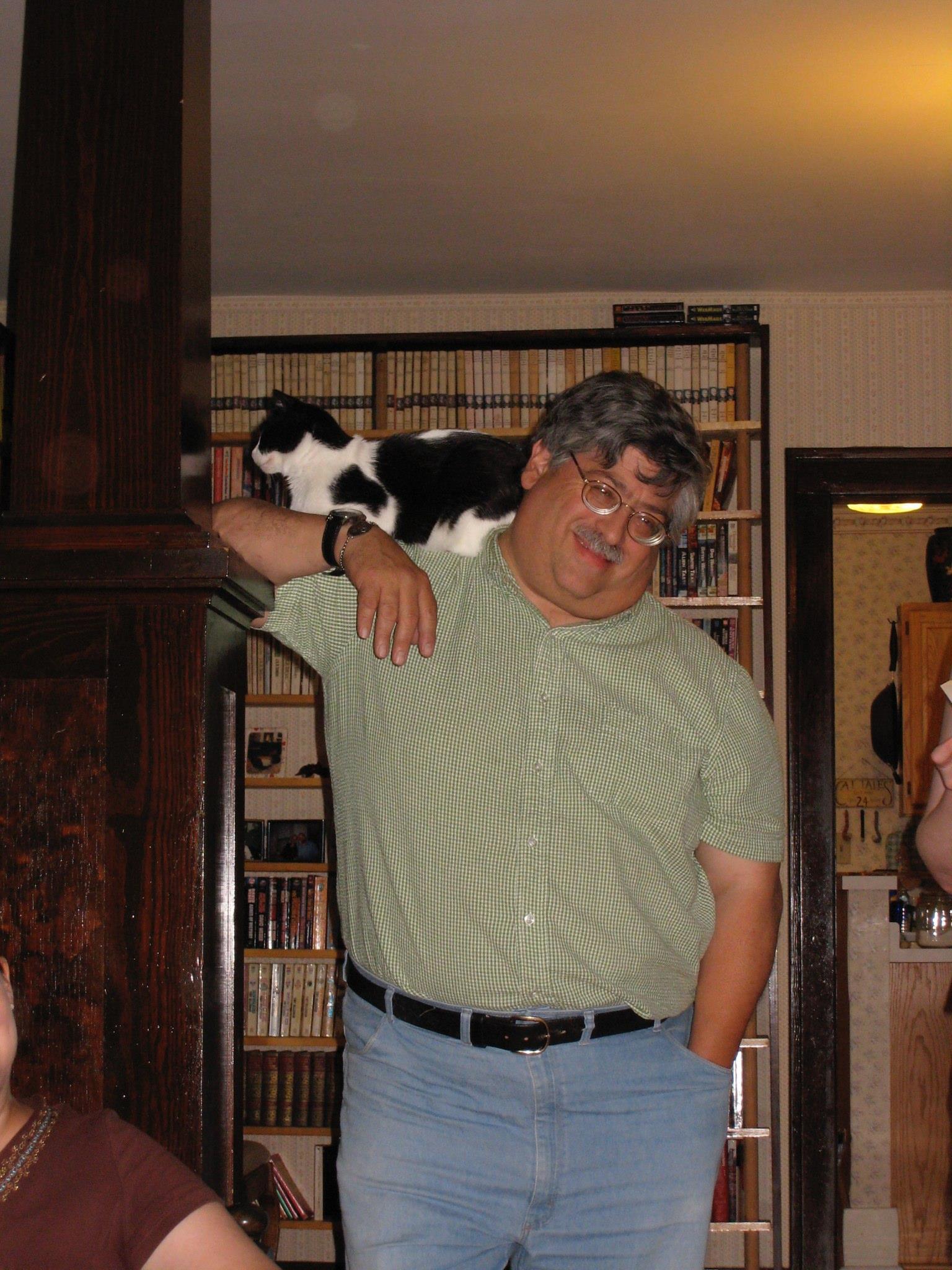