New book, who dis?
My fantasy novel about Shakespearean Immortals is now live on Kindle and Nook. I’m still working out the kinks on this hybrid model, so other formats and venues to follow. An excerpt can be found here. 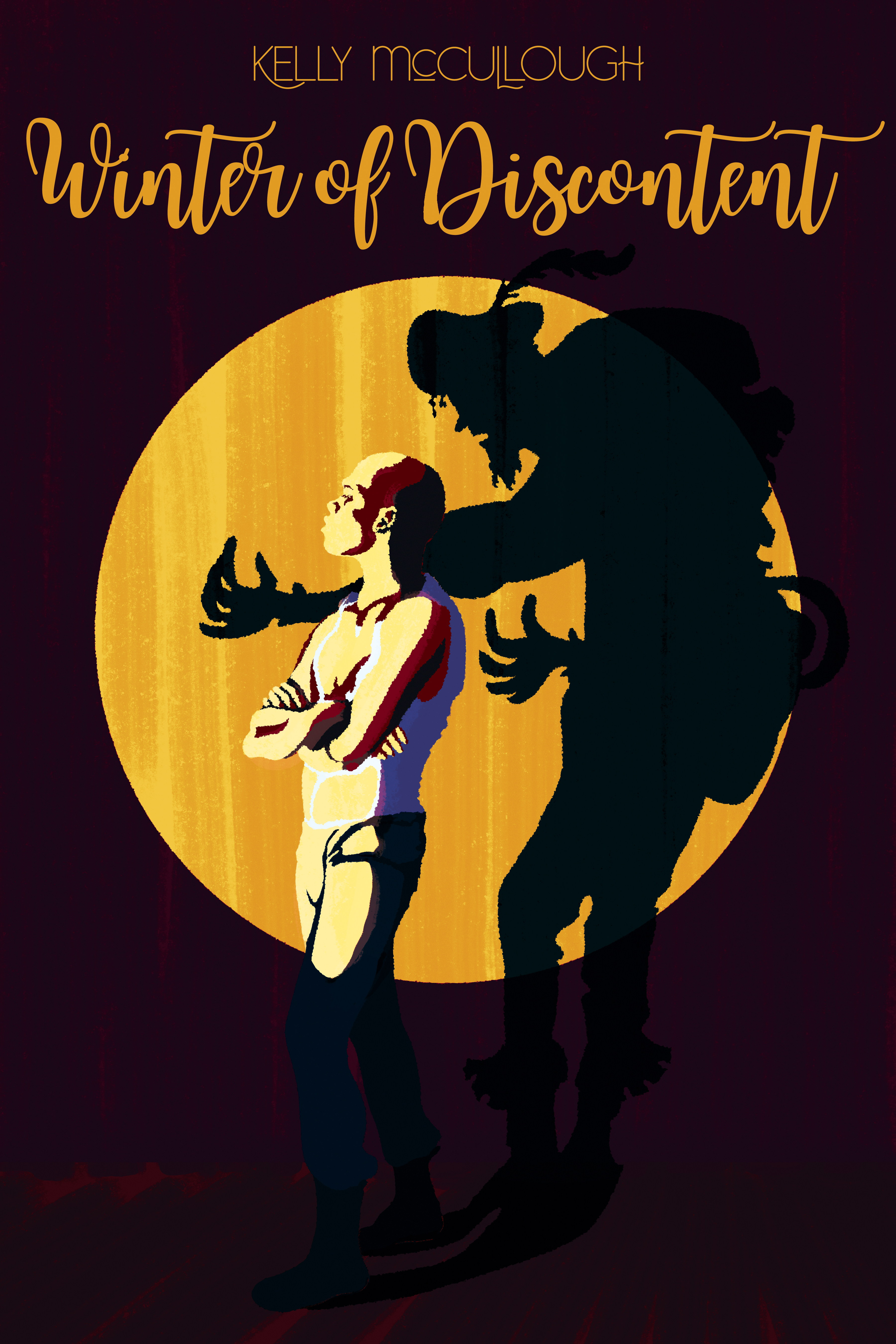 Desmond was a soldier until a piece of shrapnel took away his life’s work. Now he only feels alive when he’s being someone else, so he’s majoring in theater while dreaming about losing himself forever. He’s about to discover the cost of dreams.

William Shakespeare is the greatest sorcerer who ever lived. People still believe in the characters he created 400 years ago. He has made them immortal. Literally. In Winter of Discontent, Shakespeare’s immortals live on in an eternal half life. Half themselves, half the creatures Shakespeare made of them. When the magic of theater meets the Magic of Theater in a production of Richard III a deadly chess game between the damned is the result.

Where there are players, there are also pawns. Matt and Riana are actors and friends of Desmond. They are also novices in the theatrical magic tradition that created Shakespeare where Desmond is not. Sworn to a secrecy that seals their lips, can they help Desmond stay alive and stay true to their oaths at the same time?

Some thoughts from the afterword:
This book has taken over twenty years to get from my brain to the page, or nearly fifty if you count its roots in my childhood love of Shakespeare. I literally can’t remember a time before the great plays were a part of my life of the mind. Sometime before I could speak my mother discovered that reading to me was one of the best ways to calm me down. She also discovered that it didn’t matter what she read. So, in addition to the typical children’s books, I got Shakespeare, Asimov, Tolkien, and various myths and legends in an endless loop that saw classic language and iambic pentameter layered into my bones along with the laws of robotics, the lore of middle earth, and the tales of half a dozen pantheons.
The love of literature and theater this created has dominated the course of my life. Though I am a novelist now, I started acting when I was ten or eleven, and performed steadily from then till shortly after I got my B.A. in theater, when I shifted to writing as my primary artistic outlet. Richard III was always a favorite, but as I grew older and learned more about the reality that underlies Shakespeare’s history plays, I found myself increasingly angry on Richard’s behalf and wishing I could do something to “write that wrong”—if you’ll allow me the pun. This isn’t the only time I’ve felt that way—in Cybermancy and MythOS, I addressed my anger with the plight of Persephone and the tragedy of Ragnarok—but the earliest versions of this book came first.
For readers who are familiar with my other work, this novel may seem something of a departure, though I strongly believe that if you like my other books you’ll also like this one. In voice it is less intimate, coming as it does in the third person, with three major point of view characters and half a dozen minor characters. As I was working on Winter of Discontent I read and reread Richard III as well as renewing my acquaintance with MacBeth, the Tempest, Romeo and Juliet, Coriolanus, a Midsummer Night’s Dream and bits of the various Henry plays. I also corresponded with the Richard III Society, visited and wandered the backstage areas of several theaters, and generally indulged myself in a depth of research and scholarship that my more commercial work doesn’t normally allow.
Winter of Discontent has seen four major drafts and countless minor tweaks over the twenty-one years it has existed on the page, mostly due to my substantial improvements as a writer over that same time and continual attempts to bring the words on the page up to the standards of my vision for the story. The initial draft was my fifth completed novel and came at a point when I had written perhaps three-quarters of a million words of fiction and published a few thousand. The current version benefits from coming at the end of more than four million words written and more than a million in print. It is a work of love and anger and scholarly self-indulgence, and it marries my training as an actor to my vocation as a novelist. I hope very much that you will enjoy it.